New Zealand’s energy industry is unlike the rest of the world.

Its rich renewable generation limits pressures from consumers to be environmentally conscious, and existing in such a small market allows the freedoms to test new ideas without the risk of looming global businesses snatching your customers.

And while energy in New Zealand is well placed, it’s not immune to global technological change. So, taking into account immediacy of it impact and disruptive potential, let’s see how disruptive the latest energy tech might be.

Smart meters and switched on consumers

Already installed in most homes, consumers are chasing experiences that come from smart metering. Before smart meters New Zealand customers rarely thought about their energy options; A decade later there are 34 retailers serving the residential energy market. 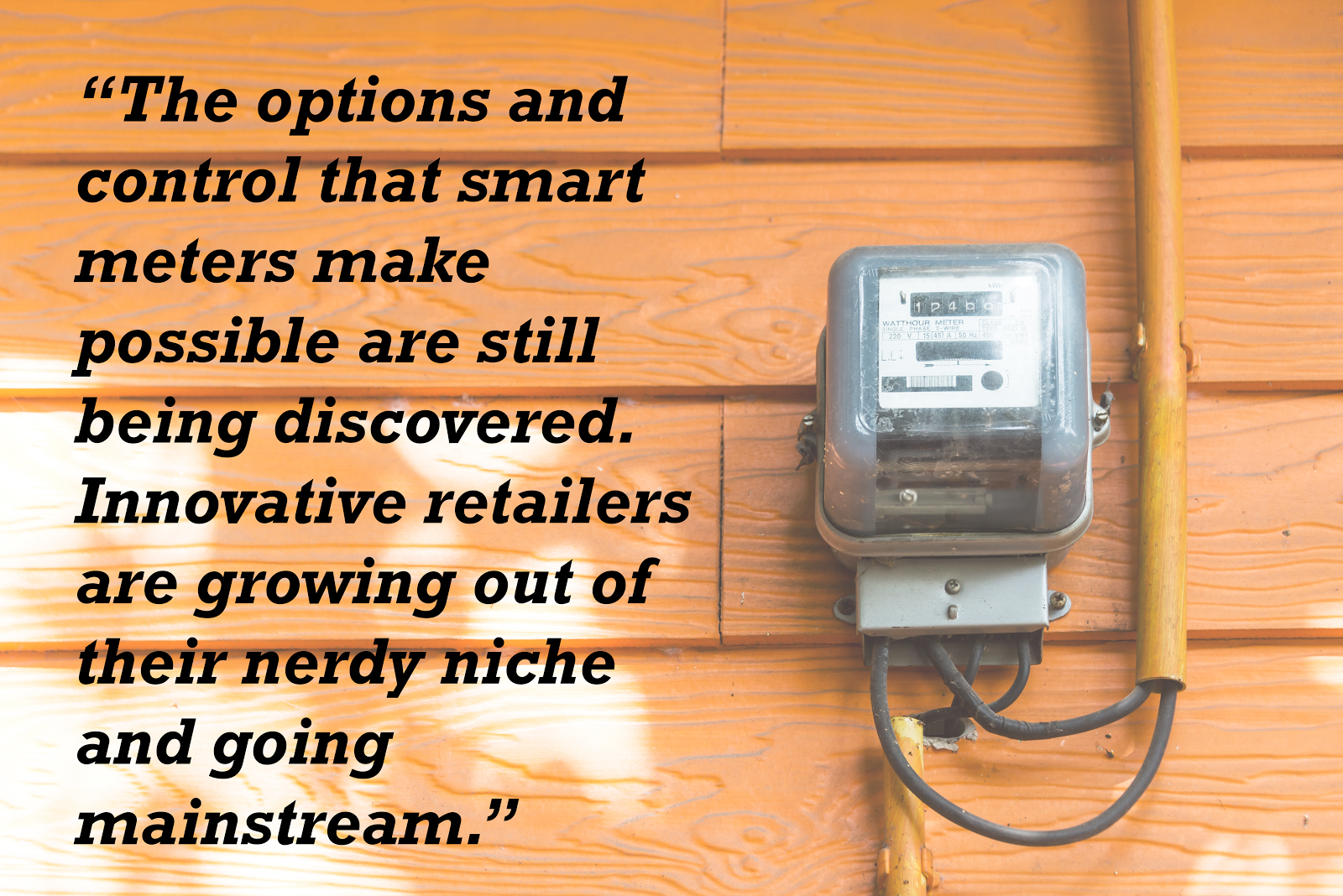 Just take a look at new entrants like Spark or Powershop who have made the most of smart meters to price energy in smart new ways.

Making the most of the benefits smart meters can offer should be at the top of any energy retailer's list. The hardware is already in most consumers’ homes, so retailers can take immediate action — whether that’s considering new pricing methods or an entire reconstruction of a business model.

Electric vehicles are rolling out

New Zealand already has over 2500 electric vehicles (EVs) registered. While there is still some resistance to the higher purchase price of electric vehicles, this premium is expected to reduce to less than $5000 by 2030.

This will further be helped by the Government's Electric Vehicles Program (EVP), announced in May 2016, which aims to double the number of electric vehicles every year to reach 64,000 by 2021.

Although EVs are going to have an impact on future grid demand — think batteries on wheels — that demand is not here yet and isn’t likely to arrive for another few years.

While there is an environmental incentive for other countries to adopt photovoltaics (PVs), more than 80% of New Zealand’s energy is already produced from renewable resources, with the goal to increase to 90% by 2025. Despite this, in 2016 the total electricity generated by small scale solar connections increased by 30% on the previous year.

The threat of consumers going off grid is more viable than it’s ever been for consumers, and with products like Tesla’s solar tiles just around the corner, incentives to keep energy consumers on the grid must be addressed, and quickly.

Battery are getting serious

Until recently, batteries haven’t been a viable domestic choice. The rapid increase in PV installations has increased consumers appetites for batteries.

“Installing battery-only has an impractical payback period, but coupling batteries with existing PV improves technical and financial performance. A wave of suppliers is arriving.”

For industry participants, the use of industrial level battery technology to smooth demand curves and limit distortion across networks is one not taken lightly.

Batteries have arrived. The question the energy industry needs to ask itself, and quick, is: Which side of the meter will batteries sit? If they sit behind the meter, that’s a big cost to take on. And if they sit on the customer side, customers are one step closer to going off grid.

Will New Zealand follow the world’s lead on community microgrids?

Microgrids aren’t a new concept, but they’re certainly a good one. Off and on the radar for more than a decade, these small-scale centralised electricity systems attempt to serve specific local goals, such as reliability, carbon emission reduction, diversification of energy sources, and cost reduction.

“Significant growth in microgrids, with their generation capacity and input into the grid, would pose much greater technical challenges for operators than domestic PV installations.”

But, as it stands today, microgrids have yet to take hold in New Zealand the way they have overseas. Places like New York, for example, have been encouraging microgrid research, funding 83 projects with it’s $40 million prize fund.

While smart grids are on the horizon they require other more disruptive technologies, like efficient PVs and battery storage, to work effectively before they can have a real impact. So, while they’re a concern for the energy industry, they aren’t an immediate problem.

Many consumers are still uncertain as to what constitutes a smart home. Research has found that consumers are more interested in the mundane benefits such as saving money on their power bill, improving home comfort, and enhancing security.

So why is the smart home sector such a potential boom market for energy retailers?

Because current research reports that only 12% of New Zealanders own any kind of smart home appliance, while less than 5% own a smart home product such as a thermostat, bulb, or plug.

“Globally the smart appliance market is predicted to be worth US$37.2 billion by 2020. Early adopters can build networks of small-ish appliances today, but long term benefits are unclear.”

Early adopters are meshing together Bluetooth and wireless apps with deceives like thermostats and light bulbs to build a personal internet of things, most customers are still unaware of smart home products and where to buy them.

As mentioned above, “the benefits are still unclear” and until the industry can see widespread benefits from these devices for themselves and their customers, they’re still a while away from being addressed.

Planning for a better future

See the full research behind this piece at jadesoftware.com/energywatch

Talk to us about making data meaningful

Your boss thinks CRM is your next big tech project.

CRM is regularly identified as one of the biggest painpoints for businesses.
Start Reading
Jade Software 11 min read

The state of IoT in New Zealand

Internet of things (IoT) has been flying around for a few years now, with many people predicting it will be the next big thing ...
Start Reading
Jade Software 15 min read

Zurich Insurance Group (Zurich) is one of the world’s leading insurers. Serving customers around the world for over 135 years, ...
Start Reading